Reproduction, Health and Demography in a Semi-Nomadic Pastoralist Population
﻿﻿

I am also a director of the Kunene Rural Health and Demography Project. 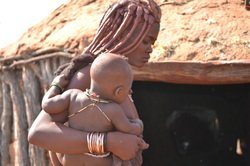 Marital and Nonmarital Fertility
The Himba have one of the highest rates of reported nonpaternity ever recorded. Both men and women engage in long- and short-term partnerships within and outside of marriage.  I aim to understand how both men and women make reproductive and mating decisions within the context of these social norms and to determine whether and why particular mating strategies correlate with reproductive success. 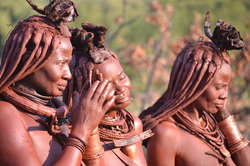 Female Social Support Networks
Like most human societies, the Himba rely on extensive social support to raise their children.  Within this system, I am particularly interested in understanding the relationship between mothers and their adult daughters, and learning how this pathway of support functions to improve fertility, maternal energy balance and child health.  The Himba also rely extensively on fosterage and I have conceptualized this system within the larger framework of cooperative breeding. 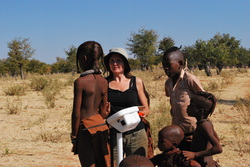 Health and Well-Being
In conjunction with my work on social support and cooperative breeding, I am interested in understanding how variation in household demography, marital status and patterns of work affect people's health.  For example, we look at the importance of the mother-daughter relationship for maternal and child health during the perinatal period. I am also involved in a collaborative project on how reproductive decisions impact sleep. In addition, I am involved in a collaboration with Katie Hinde and others to investigate the composition of and variation within women's breastmilk and to learn more about the social context in which breastfeeding takes place..  Finally, I am interested in understanding how women's mating patterns are associated with both their own health and that of their children. 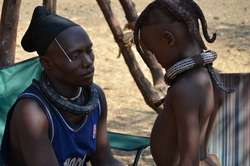 Paternity and Paternal Investment
I have a continuing interest in the role of fathers as part of the human cooperative breeding system.  In particular, in my work I have emphasized the role that fathers can play in assisting their children as those children transition to adulthood.  This work has been conducted with the Martu, the Himba and through collaborations with researchers working in China and India.. Currently, I am also focused on how reproductive decisions among the Himba and a high rate of paternity uncertainty affects men's investment, as well as how increased market integration and access to education are changing the way than fathers (and mothers) think about inheritance and investment.

I am currently recruiting PhD students to work on this project.  If you are interested, please contact me at bscelza@gmail.com
Powered by